WHAT CHIROPRACTIC CAN DO

The chiropractor works on the spine. Inside the spinal vertebra is the spinal cord and the roots, or beginnings, of the spinal nerves, which constitute the communication link between the brain, and everything else like your organs. A Vertebral Subluxation Complex (VSC), interfere with the normal flow of communication between the brain and the body, allowing disease to occur, or, at least, less than optimal function, "dis"-ease, an absence of wellness.

Chiropractic does not diagnose or treat disease. That is the practice of medicine. Rather than fighting disease, Chiropractic allows better health.

The purpose of manipulation is to restore joint mobility by manually applying a controlled force into joints that have become hypomobile – or restricted in their movement – as a result of a tissue injury. Tissue injury can be caused by a single traumatic event, such as improper lifting of a heavy object, or through repetitive stresses over time, such as sitting in an awkward position with poor spinal posture for an extended period. In either case, injured tissues undergo physical and chemical changes that can cause inflammation, pain, and diminished function for the sufferer. Manipulation, or adjustment of the affected joint and tissues, restores mobility, thereby alleviating pain and muscle tightness, and allowing tissues to heal.*

After beginning Chiropractic care, many people have told me that they had spent their whole life not living at their full potential and now they are.......It is never too late to take care of your health, and remember, " sickness is an expression of disorder and health is an expression of order"..... Welcome to Chiropractic.......

The Founder of Chiropractic 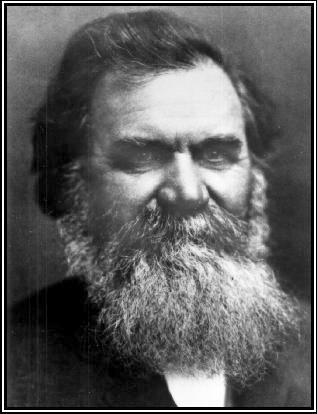 "I have never considered it beneath my dignity to do anything to
relieve human suffering."

The principle of chiropractic was discovered September 18, 1895 by Dr. Daniel Palmer in Davenport, Iowa. On that day, Palmer was in his office carrying on a shouted conversation with the deaf janitor in the building, Harvey Lillard.
Lillard was explaining in shouts to Palmer that, about 17 years earlier, while working in a cramped, stooped position, something "popped" in his back. Since that time, his hearing had become progressively worse.

Using his hands, Palmer repositioned the vertebra with a gentle thrust to Lillard's back. Lillard's hearing improved immediately. During the next few days, Palmer continued the treatments on Lillard's spine. Within a week, Lillard was able to hear as well as anybody and was telling anybody who would listen about Dr. Palmer's hand treatments.

Dr. Palmer's fame quickly spread as he proved that the hand treatments were effective in all sorts of disease disorders and dysfunctions. He became a world-renowned specialist in the spine and nerve system.

Find Us on the Map